In 1972, Stanford psychologist Walter Mischel offered 16 boys and 16 girls in the age range of three years and six months to five years and eight months a marshmallow.1 He also told them that they could have two marshmallows if they waited for 15 minutes alone in the room, not eating the marshmallow sitting in front of them on the desk. So far for the oversimplified and partially twisted story told.

Who hasn’t heard about “The Marshmallow Experiment” by now? In reality, there was a prior experiment with animal cookies and pretzels involved. The Marshmallow Experiment was eventually conducted in three different experiments, and marshmallows were only part of the story. There were Pretzels involved, as well as toys available to allow the kids distracting themselves from the object of desire.

This discrepancy between what really happened and what is told is a good example of simplification, or “model-building”, that is part of human nature. I think that many issues, conflicts and, generally speaking, erroneous behaviours that we observe in the modern world are a consequence of inappropriate generalisation, simplification, and such model-building. One could argue that simplification is a necessary process. Seen from the angle of evolutionary benefit I would agree. It is a required mechanism to cope with the complexity and unpredictability of our world, nowadays more than ever. However, simplification of complexity that results in plainly wrong conclusions and drives undesired and erroneous behaviour in my view poses a huge risk to the individual and the society as a whole. But let’s close this parenthesis and return to the original topic: marshmallows.

The basic principle of the marshmallow experiments was the same: “get a small reward now or a larger reward later”. Environmental conditions were changed between the three experiments with differences in procedures. More specifically, the children were given various opportunities (or none) to distract their attention from the object of desire. Some with toys, some with mental tasks.

What do you think the kids did?

As you may have either heard by now or suspected, some did eat the marshmallow within the timespan given. Some did not eat it and rather waited for the larger reward at the end of the 15 minutes.

Imagine yourself given the choice between $100 in your pocket right now or $120 in four weeks.2 You would either take the $100 or wait for four weeks to walk off with the $120. Your choice depends on … what?

A follow-up study was performed in 2011. It involved part of the original 1972 test subjects (then in their mid-forties) and neural functional imaging. Part of the conclusion of this study reads: “Whereas the prefrontal cortex differentiated between nogo and go trials to a greater extent in high delayers, the ventral striatum showed exaggerated recruitment in low delayers. Thus, resistance to temptation as measured originally by the delay-of-gratification task is a relatively stable individual difference that predicts reliable biases in frontostriatal circuitries that integrate motivational and control processes.”3

Translated into plain English, that means people’s ability to delay the reward is based on the activity levels of the prefrontal cortex and the ventral striatum. The prefrontal cortex is the brain region behind your forehead responsible for mediating intellectual and executive functions. The ventral striatum is part of the limbic system, located at the core of the brain and is involved in the processes of reward, motivation, and decision-making.

Unsurprisingly, people who perform better at delaying rewards expose a higher activity level in the prefrontal cortex as this brain region is involved in inhibiting impulses originating in the limbic system.

Arguably, this is a highly simplified representation of hugely complex and only partially understood brain processes. May the neuroscientists forgive.

How does that translate into real life?

As a matter of fact, in our civilised, educated, and highly complex life, immediate reward is a scarce resource. We work to be paid at the end of the week or the month. We learn every day for six months to pass a language exam. We expose ourselves to countless varieties of impediments and fuck-ups for months to deliver a project, just to get a hand-shake and a 200 word mention in the company journal at the end. We sweat every day in the gym, on the bike, on the treadmill (put your favorite object of self-inflicted pain here) to lose all that superfluous body-fat gram by gram over months and months.

Yes, immediate reward is rare, and sometimes reward is even invisible. Following a supposedely healthy lifestyle, running, hiking, working out, eating healthy, staying away from alcohol and other drugs, limiting or eliminating coffee (another fancy drug) and chocolate, meditating, journaling, conscious breating, yoga … for what reward? Staying healthy and living longer. Useless if you’re hit by a bus tomorrow.

The lack of reward translates equally to the consequences or threats. Similar to the rewards that lose perceived value the farther they are in the future, threats lose their fear-factor. We all know that smoking significantly increases the risk of cancer. Not wearing a seat-belt significantly increases the risk of dying when involved in an accident. Not completing this presentation today will fuck up your workplan for the rest of the week. Not preparing the requested report with the required diligence will result in not only an unhappy boss but also in an inefficient marketing strategy.

The name of the game

Behavioural scientists have coined a name for this phenomenon and they call it “Intertemporal discounting”. Much research has been done about this topic and it is known by a number of different names by now, for example “reward discounting” and “hyperbolic discounting”.

At the end, it all means the same: what you’ll get later is much less relevant than what you get right away.

Most of the studies I came across are rooted in the field of behavioural science or behavioural economics and are focused on the reward discounting aspect: “What I get next year is less valuable than what I get today.”

However, throughout many years of coaching I noticed repeatedly an important other facet of the same pattern: loss discounting.

Taken to the extreme, and a pretty revelatory one, I want to refer to the loss of your own life. Your own death. We all know that one day will be our last one. Don’t we? We have all heard intelligent (kidding) quotes such as “Live every day as if it was your last one”. (Why would I spend every single day contemplating my life? That’s what I would do on my knowingly last day.)

However, every single time I take, willfully and with explicit consent, a client on the journey4 to her last day and let her contemplate her life, I get a “holy fuck” moment. That contemplation rarely results in a peaceful state of mind filled with accomplishment and satisfaction where people would say something like “That was awesome, and now I am ready to pass on.”

More often, they go like “Crap, I didn’t live fully. I did this and that, and it wasn’t in line with my values. I should have done this or that more often. I should have taken better care of my spouse/close friend/kids. I should have had deeper relationships. I should have worked less.” In short, it demonstrates the perceived gap between the true desires and the actual actions, the actual lifestyle. Interestingly enough, I have not once heard somebody say “Oh fuck, I have not bought that new Apple Watch.” or “I never had a Bugatti Veyron.” There lies a huge gap between what we think is important in the present and what people regret when we truly face death. Suddenly we realize that life is not about having or owning things even though we spend significant life-time chasing precisely these things.

In short, ignoring the fact that intertemporal discounting, reward discounting, loss discounting, and death discounting is continuously distracting us from what we would consider relevant at the end, will lead to drama when it’s too late to remedy.

Now what can we do to navigate around this trap?

Let me refer to this quote: “Let us prepare our minds as if we’d come to the very end of life. Let us postpone nothing. Let us balance life’s books each day. … The one who puts the finishing touches on their life each day is never short of time.” This is Seneca urging in his Moral Letters to Lucilius. In the stoic school this is called “Memento Mori”, remember that you must die.

I started, without knowing how it’s called nor it dated back to the Romans, this practice following the near deadly shooing I survived in Syria when I was just 14 years old.

“Remember you must die” is a thought that I am telling myself frequently and I ask myself the question “How would I feel about this looking back from my deathbed”.

Clearly, this is not a call to question every single decision we take and every single action by placing it into the frame of what is it contributing to our lives and humanity. It is however a call to ask ourselves whether we are living our lives as consciously and considered as this most likely single instance of our experience here on earth deserves.

It is also a call to rethink our divergence from rationally and well-planned courses of action when it comes to going to the gym, finishing that difficult presentation, responding that challenging phone call or e-mail, that we have placed into our calendars in a lucid moment and spontaneously skipping because we suddenly feel like it. It is a call to exert control over our emotional and short-sighted desires that aim at immediate reward by browsing through the eight-hundredth cat photo or fail army post on Facebook. It is also a call to rethink our practices of discipline and ownership of our own lives.

When I entered the meeting room, nobody was there. I took a seat and waited. Waited longer. Patiently. Fifteen minutes after the agreed time, Allen finally entered. He was seemingly breathless and after a brief “Hello” he already started to indulge in excuses. “You know”, he started, “I wanted to bring a print-out with me END_OF_DOCUMENT_TOKEN_TO_BE_REPLACED 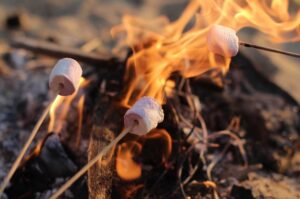 END_OF_DOCUMENT_TOKEN_TO_BE_REPLACED
The lack of consistency and what to do about it

END_OF_DOCUMENT_TOKEN_TO_BE_REPLACED
The Considered Life – Ask Me Anything – Episode 1